Special Events:
2014-2017 Disappearing Frogs Project.org
The Disappearing Frogs Project: Terry organized several exhibitions, pairing scientists and artists to highlight the worldwide extinction of amphibians. Over 200 works of art donated by 100 artists.
More information available on website.
2005 Sarasota Florida, The Players Theatre. Commission to create images, projected onto the stage and used as backdrop for the theatrical production of, “Neighbors”. The theme; the Palestinian/Israeli conflict and it’s human cost. This commission was accompanied by an exhibit in the Theatre Gallery.

Teaching:
2008 More Than Painting – Getting from Ideas to Action – currently offered in private groups
2006-2017 Group and private sessions at Studio

Personal Information:
Born in Belgium, Terry Thirion studied and graduated from the Parmentier School of Design in Brussels Belgium. She attended the Arts Academie in Leuven Belgium, Broward College in S. Florida and Braitman Studios in Charlotte NC.
Terry has served as curator and as professional juror in several exhibits in Charlotte North Carolina
Terry has worked for over a decade to promote fine art in the greater Charlotte area. She has held many leadership responsibilities including, Program Development, Exhibition Management and President of the Board of the Charlotte Art League.
She also serves as curator for the art work exhibited in local establishments.

Documentary
For videos and most information about what has been accomplished in the triangle area, below is the link to the coverage of the Disappearing Frogs Project events http://www.amphibians.org/disappearingfrogsproject/ 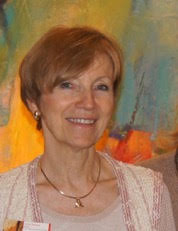